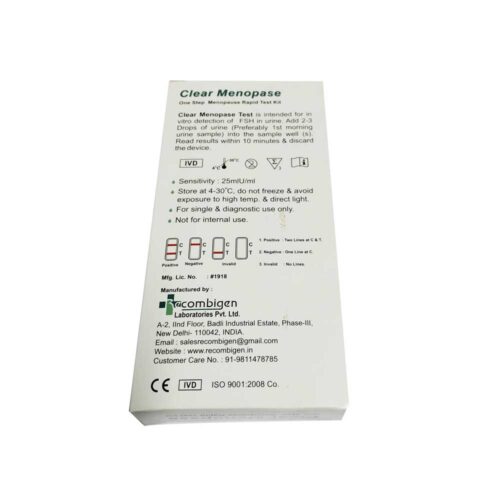 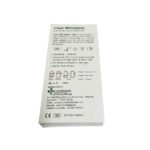 INTENDED USE
The Clear Menopause Rapid Test is a rapid lateral flow chromatographic immunoassay for the qualitative detection of Follicle-Stimulating Hormone (FSH) levels in urine to evaluate the onset of menopause in women.

WHAT IS MENOPAUSE/FSH HORMONE & HOW IT IS USEFUL
Menopause is a normal condition that all women experience as they age. The word “MENOPAUSE” can describe the changes women go through either just before or after their menstrual cycle stops, marking the end of their reproductive period.
In simple language after attaining MENOPAUSE, a woman no longer remains fertile and don’t able to reproduce or get pregnant.

STORAGE AND STABILITY
The kit can be stored at 4-30°C till the expiration date printed on the sealed pouch. DO NOT FREEZE.

There are no reviews yet.